From Boob Tube to Dream Stream 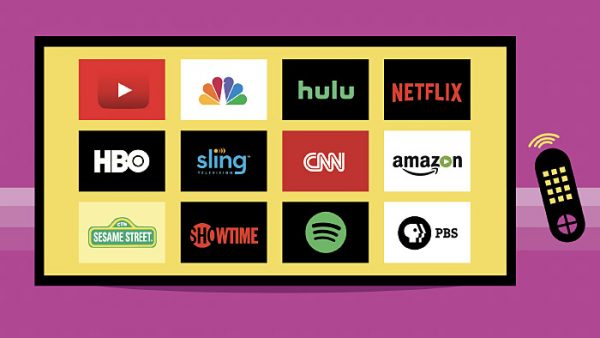 Since social distancing took hold in March, several friends and I have been sharing weekly trivia questions with each other. It’s a good way to pass the time and stay connected when in-person gatherings are on hold.

No, the answer is not “The Super Bowl.” The question is about programs (think sitcoms or dramas or reality shows) that ran over the course of
a season. But the real interesting nugget isn’t the name of each show. It’s the rating.

So, what happened? It’s not that people are watching less television. But two things did occur. The first was variety. Ever since cable TV exploded in the 1980s, choices grew each year. By the 2000s, Americans could choose between dozens of cable channels – from MTV to ESPN to HGTV to Bravo to the Food Network. With more programs available, average ratings for each program tended to be lower. Gone were the days of everyone watching the
same few shows.

But that wasn’t everything. When Americans began to buy TVs that could connect to the internet (often called Connected TVs), their options grew from “a lot of shows” to “just about everything ever recorded.” If you could once watch a video on your phone or your laptop, you could now watch it on your big-screen TV.

As variety exploded with Connected TVs, the power of traditional TV networks to charge high prices for big ratings took a huge hit. But that power did not disappear. It just shifted.

Yes, digital still includes the things you’d normally associate it with: ads that run before a YouTube video, links on Google when you search for a restaurant, or the little square banners on your desktop when you read ESPN.com. But the power of digital marketing has never been about banner ads or pre-roll videos. The power of digital marketing has always been about targeting. In 1990, 2000 or even 2010, advertisers didn’t know much about who was watching America’s #1 program. They just knew that a lot of people were. And so that’s where they spent their money. But now that 80% of American households have a Connected TV (up from 38% in 2012), advertisers know a lot more about the internet habits of those watching TV on any given day. The more knowledge advertisers have, the better use they can make of their ad dollars.

So what does that mean for you? The car dealership? The retail store? The professional services group? It means that the information – the targeting data – you use to power your search ads or email marketing is the same targeting data that can be used to purchase your next TV buy.

Because the power has shifted. If you know your main customer is a 50-something dad who drives a Chevy and lives in Fremont, it’s a lot easier for you to reach him on TV.

Back in 1990, you might have bought an ad in Cheers and assumed he tuned in. In 2000, you would have guessed he was watching Survivor. In 2010 you probably hoped he tuned in to American Idol and last fall you prayed he watched your spot in Sunday Night Football.

Thanks to the digital revolution in television, the days of assuming and guessing and hoping and praying are behind us.