Advertising in the Virtual

VR, or Virtual Reality, has come a long way in our notably brief relationship with it over the last few decades. In its infancy, this technology may have rested on your brow as the humble, plastic artifact known as the ‘Viewmaster’, and even that is leagues beyond where it started. Printed film has made way for high-resolution LED screens resting but an inch from our eyes. Only recently has this sophisticated technology entered the hands of consumers, with some product lines entering their second iterations at increasingly more affordable prices.

Currently, this avenue of technology is primarily being marketed as gaming consoles, alongside non-VR systems such as the Nintendo Switch or the space-age-looking Playstation 5. Companies like HTC, Valve, and even Facebook with its Oculus Quest 2 have ignited our ascent into a more virtual world, and it seems as though it’s only a matter of time until this simulated space is no longer exclusive to just video games and movies. Soon we may be swimming through our social feeds, liking posts not with a click, but with sweeping gestures or approving nods – and maybe even shaking the digital hands of 8-bit businessmen on the other side of the globe.

As premature as it may sound, It’s not hard to imagine a future where VR is as commonplace as TVs or as ubiquitous as our pocketed smartphones. Virtual events, meetings, and attractions are already here – so when might we start to see spots and ads for these things that are equally as virtual? Before we get to imagining what those may look like, let’s lower the visor and get a quick peek at what the virtual experience truly entails.

At present, VR equipment takes the form of a headset and two hand controllers. Most require cords but the market is steadily shifting towards standalone, portable devices such as the Oculus Quest 2. Regardless of whether or not you’re tethered to a secondary console the headset is designed to provide both video and audio to convey the bulk of the experience. All interactions with the virtual world are done so via joystick and button-adorned hand controllers that provide feedback to the user via vibrations. Despite all of these recent advancements, this technology is still making leaps and bounds as it tries to hone in on an optimal design.

Speaking from a first-hand account, diving into these worlds is an undeniably transportive experience. Being someone who has spent much of their free time in movie theatres, being able to watch films again in a digital auditorium has been a very therapeutic endeavor. The rooms people have designed and the locations they’ve simulated are surprisingly convincing, even to the point where it can feel very compelling to interact with the world as if it were real.

As it stands, environments created for VR interaction are still somewhat limited in what can be offered. In an attempt to de-tether and simplify, some of the newest VR headsets lack the juice to render content at the speeds and resolution we’re used to in movies and video games. Stylized representations of characters, objects, and landscapes are the norm for now, or at least until a truly realistic experience can be offered.

This new space is rich with opportunities to make a more lasting connection between the viewer and the ideas that one might want to convey. Content can range from 360° videos of moments captured in real life to virtually generated experiences where consumers can interact with 3D recreations of the product being sold.

360° video is already something of a niche tool that hasn’t completely found its stride on 2D interfaces and feeds such as YouTube and Facebook. However, speaking from personal experience, the value dramatically shifts when viewed through a VR headset and a personal “presence” within the video can be achieved. Having agency over where to look and what is worth taking away from a video can be far more enjoyable than going along for the ride in a 2D setting.

For instance, let’s say you were a power tools manufacturer and wanted to display a feature of one of your electric drills. Instead of showing someone else using the drill, a 3D model of the drill could be placed in the hands of the viewer to give them a chance to use and interact with it in a more intimate way.

Such ideas seem fanciful now, but it’s important to keep in mind the reactive nature of advertising and how it can adapt to best utilize the environments it finds itself in.

With all the opportunity VR has to change the way we view marketing and being marketed to, it’s important to be mindful of what lines may need to be drawn before we get there. In the same way that the medium can create a lasting, positive experience, this space can impact the viewer in precisely the opposite way too.

Commercials and public safety announcements intending to show the dangers of a particular product or activity, such as drinking and driving, could unintentionally create a moment that frightens and terrifies more than it warns. Trailers and teasers meant to hype the viewer may leave people feeling overwhelmed, exhausted, and needing to lie down.

Many people already view the standard bumps and spots before their YouTube videos to be a tad intrusive – it’s not hard to imagine how that same attitude might sharpen itself towards an ad that both surrounds and involves the viewer in a much less casual way.

By bringing the customer into the screen we will be entering a new frontier in digital advertising. As we step into intangible worlds with reigns held equally by consumers, advertisers, and hobbyists alike, can we trust that it will be wielded responsibly by those daring enough to try?

We’ve only just dipped our toes into a future sure to be brimming with virtual experiences, so it’s unrealistic to expect that we’ll understand and appreciate its full capabilities right away. However, as we wait for its hay day to arrive, we can use this time to both ponder and prepare. 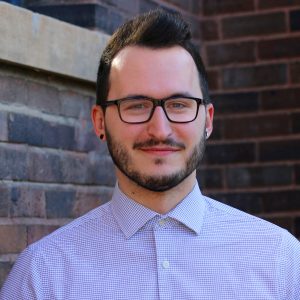