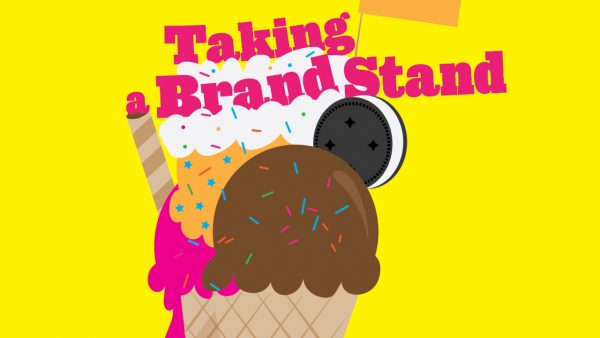 The last thing any business leader wants to do is alienate a potential customer. But the days of companies being able to safely sit on the sidelines of the big social issues are over. Silence can be viewed as being complicit. And it gives others the upper hand in controlling the narrative.

Efforts like Ben & Jerry’s Save Our World political activism and Nike’s support of Colin Kaepernick get massive media coverage. But every day, in small towns and big cities, companies large and small are being asked by consumers to explain what they stand for and where they stand on key issues.

According to a recent study by the Shelton Group, 86 percent of consumers believe companies should take a stand on social issues. In a study from Sprout Social, 57 percent of consumers are more likely to buy from or boycott a brand because of its stance on a social or political issue. And for these “belief-driven buyers,” silence is not an option. Edelman’s 2017 study, “Beyond No Brand’s Land,” found that 51 percent of respondents believe that brands have more power to solve social issues than the government.

And lest you think it’s just millennials: 62 percent of consumers 55 and older also say it’s at least somewhat important to hear from brands about social and political issues.

But this isn’t something done lightly. It must be authentic. It should lie at the intersection of your brand’s value proposition and your customers’ passion points. And you need to understand the repercussions. By taking a stand, you may make some people unhappy. But the fact is, today, brands have more to lose in silence than in speaking out.