The Full Circle of Digital Advertising 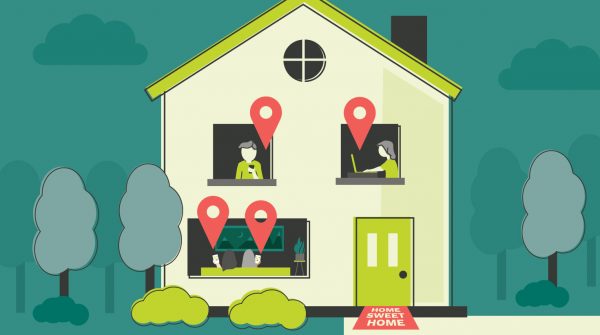 How digital spending and online revenue have changed.

I read the other day that those of us who came of age in the 1990s share a unique bond. We’re the only people who grew up with the Internet but also have childhood memories that predate it. We’ve had Facebook profiles for more than a decade and learned to type while chatting with friends on AOL Instant Messenger. But we also remember bringing disposal cameras on summer vacation and calling 342-TIME from the kitchen to see how hot it was outside.

Those of us in this “Spice Girls” generation, as the NY Times called it, we are in our mid-30s now. But we’re already on the third major evolution of internet advertising. When we were young and internet (or digital) advertising was in its infancy, the web wasn’t much different than the shopping mall. It was somewhere you went to do something specific. Check your email. Visit a football message board. Look up a movie time. But the internet was no more mobile than your basement desk.

If advertisers in the 1990s and 2000s wanted to reach you, they had better do it while you were sitting in front of your desktop. Shutting off your computer was the same as shutting off the internet. Once you were done, you were gone.

With the popular adoption of mobile phones about 10 years ago, advertisers were no longer only concerned with the sites you visited while surfing the web. They were often more interested in where you were in the real world. Digital advertising began to center on pinpointing a consumer’s location. And if you could pinpoint consumer locations, you could pinpoint their habits. And market to those routines.

Since then, advertisers have perfected the art of delivering a message to the right person, in the right place, at the right time. If you were advertising for McDonald’s, for instance, you knew that you could reach people in their cars with a breakfast message on their commute. You could ping their phones with a lunch message as they wrapped up a meeting. And you could sell that Quarter Pounder Meal Deal as they looked through their fridge for something to eat that night.

Then March of 2020 arrived. And “day in the life” marketing – powered by mobile phones – was forever changed. Because of the pandemic, the internet is even more a part of our lives than ever before. We’re ordering groceries. Monitoring the news. Holding meetings on Zoom. We’re living online.

But many of us aren’t moving. We’re not commuting to the office. And we’re not going out on Friday nights or driving to the grocery store as often as we once did. The day in the life of an average person has changed. And our marketing needs to change, as well.

Two years ago, we were able to make assumptions about someone’s mindset, based on where they were and where they had been – whether it was at work, at home or at play. Today, just like in 1995, that’s not necessarily the case.

We’ve come full circle. People are back at home, using the web for entertainment and information. And advertisers need to remember that they’re not targeting a mobile phone or a computer. They’re marketing to a person. The more you understand the motivations and interests of your target consumer, the better off your marketing will be. My advice: Create hypotheses and put them to the test. Market to your best-informed assumptions and shift your actions based on how those tests perform. Let your customer’s reaction be your guide.