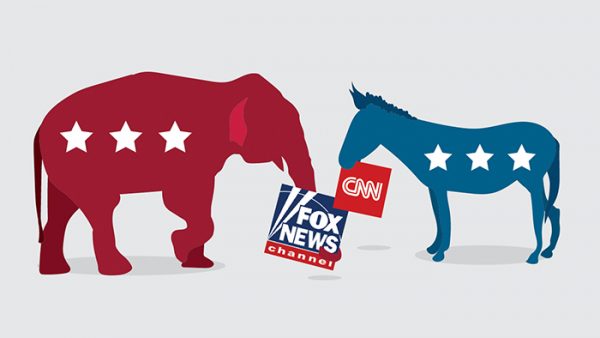 The media has a PR problem.

A series of new studies indicate distrust in the media is growing. According to the latest poll – conducted by Gallup and the Knight Foundation – 86% of Americans think media outlets lean politically one way or the other, 84% say the media are creating political division, and 80% believe media outlets are trying to convince their
audience to adopt a certain viewpoint.

Certainly not all outlets are the same, and some are trusted by people on both sides of the aisle, right? By Pew’s account, there is a handful:
PBS, BBC and the Wall Street Journal. A few others, including USA Today, don’t fare too poorly either. From there, though, it goes south pretty quickly, and how you vote is a major indicator of which news sources you trust.

Perhaps most interesting is that more than half of respondents admit that the media outlets they turn to have a bias, but it’s not stopping them from going to those sources for information. Four million viewers tune into Fox News during primetime and 1.38 million have a digital subscription to The New York Times. They may be biased, but their reach remains massive.

Love them or hate them, we need the media. And by “we,” I don’t just mean individuals. I mean businesses, organizations and brands. Earning press is still one of the best ways to gain credibility and reach new people.

So what is a brand to do?