In social media, as in politics, four years is an eternity.

In November 2008, about 37 percent of Americans said they’d used a social networking site. In 2012, about two-thirds of people were socially engaged during the elections.

In fact, this year a post on social media became the new “I voted” sticker. More than 1 in 5 registered voters shared, or planned to share, their votes with social media pals, according to Pew Internet & American Life Project. Few Americans really keep their choices to themselves.

Election Day 2012 set records on every social media front and was Twitter’s biggest political event ever. As TV networks called the race, second screens lit up at a rate of more than 327,000 tweets per minute with more than 31 million tweets in 24 hours.

On Facebook, the top terms on Tuesday morning and afternoon were variations of “vote,” “voted,” and “go vote.” 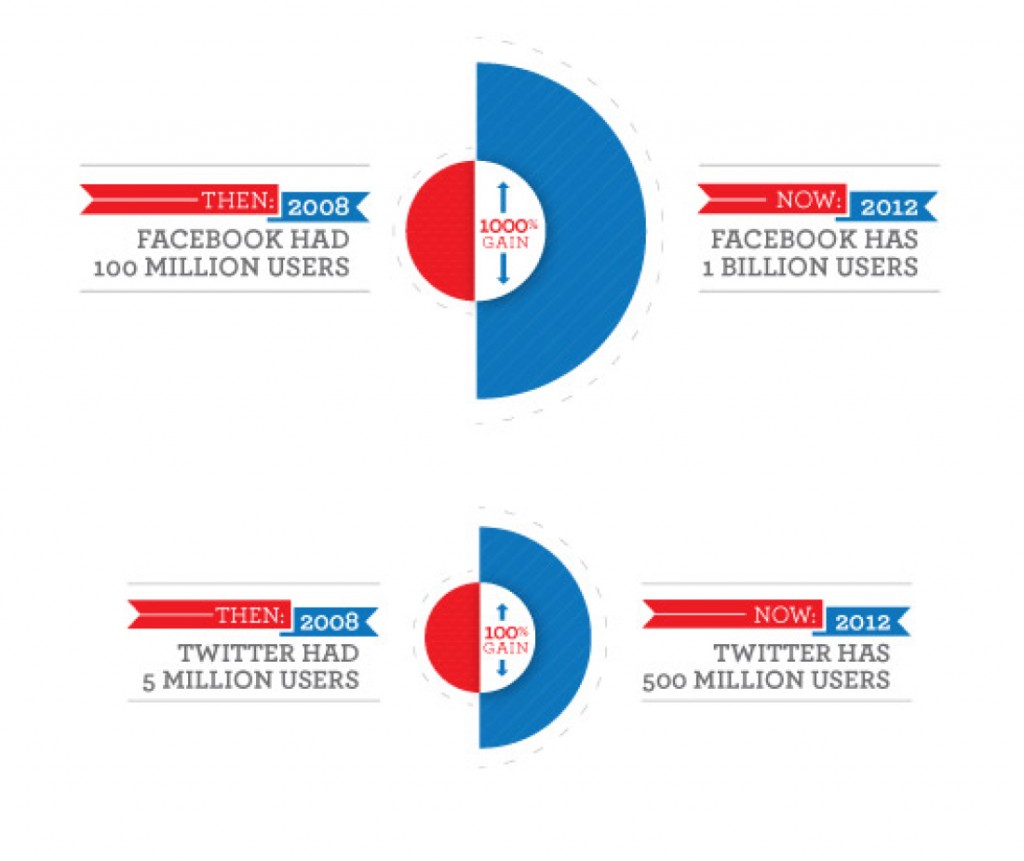 Partisan tension was evident as many social media users drew their own lines in the sand and made their own views loudly known. The barrage of political status updates, tweets, rants, cartoons, pictures, retweets and videos come at a cost: online “friends.” And for a few, there may be even bigger repercussions.

22-year-old California woman, Denise Helms, was criticized for her racism and assassination tweet. She was fired from her job and the Secret Service is looking into it. (http://mashable.com/2012/11/10/racist-threat-obama/)

Almost 500,000 people have added their names to an online petition urging Macy’s to end its partnership with Donald Trump following his election night tweets. (http://www.businessweek.com/news/2012-11-13/macy-s-urged-to-dump-trump-goods-after-anti-obama-statements)

One of the more entertaining aspects of this election were the memes. They came fast and furious. And each new one gave supporters a rally cry to share with their friends.  Did memes that were so popular on social media sway how people voted? Maybe. Maybe not. But they certainly did fire up the candidates’ supporters.

Social media is still a bit of a novelty, so whenever there is big news,  mainstream media covers how the event plays out in social media. That has never been more evident than this election year. By November 7, there were hundreds of stories covering details such as tweets per minute, Facebook traffic and memes traction.

“This seeming fascination with all things social as something separate, even novel, maybe a fleeting phenomenon, as 2012 could be a turning point of sorts – the last U.S. presidential election in which the media pore over every detail about what’s going on with social media. Why? At some point, it’s simply no longer surprising. It just…is.” 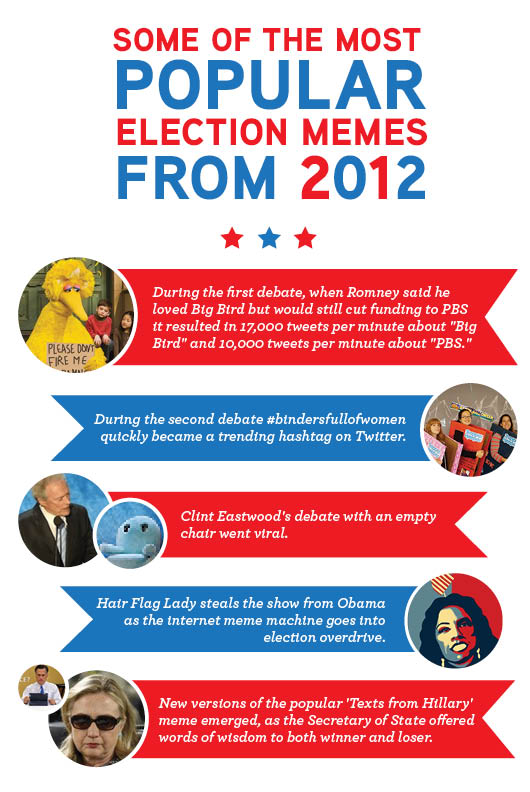