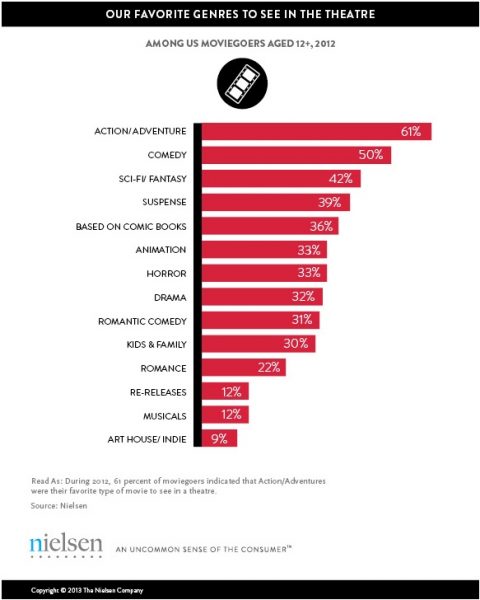 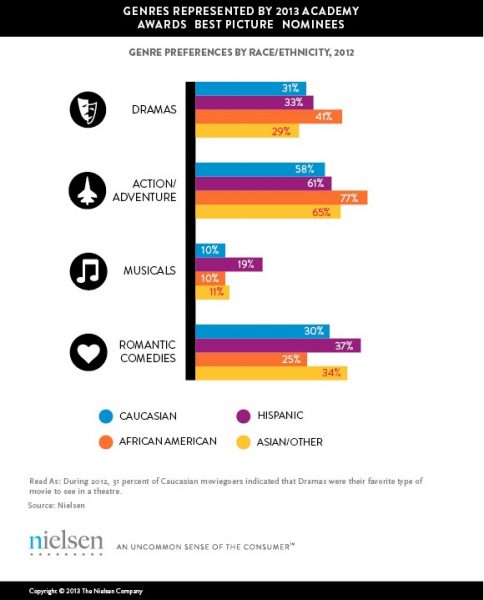 How much of the ranking is based on the perceived quality of 2012 movies available in each genre? For example, if someone felt there were not good musicals in 2012 but normally enjoys musicals, their votes are skewed. If considering movie advertising or product placement, this data may not fully represent where to find your audience.