When Is Your Editor The Biggest Pain in the Butt?

My first book was edited by five people. Not everyone has that luxury. I think it’s a luxury because you get to see your work through different eyes – and you get to make the final call by reviewing the options and choosing the ones that make the most sense for your plot and characters. 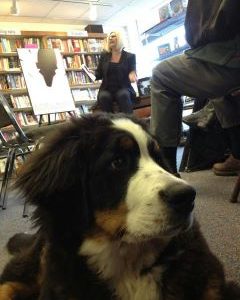 I can honestly say that all five of my editors contributed something meaningful to the final published work. Some of the editing was tedious, but I found the overall process invigorating and frequently enjoyable. It was extremely helpful to have them point out areas that warranted a second look. I would review the section in question to determine whether or not it would pass muster with a broader audience; in some cases a reference was too obscure or a joke too lame. I’m not sure I would have caught those weaknesses on my own.

My second book is not going as smoothly. So far I’ve had three editors, and they all seem to get caught up in their own lack of knowledge of my genre. They’re not contributing anything meaningful. It’s frustrating and it feels as though this book will never get out. I write comedic murder mysteries. They’re so hung up on making comments like “why would that character tell her so much when she’s not even a real detective?” Oh for god sake – get over it! Have you never read Agatha’s Christie’s famous Miss Marple? Did you never watch Jessica Fletcher solve every mystery on Murder, She Wrote?

Even under the best of circumstances editors can get under your skin. But a good editor is worth their weight in gold. Aside from the outlay of cash, the biggest potential risk to self-publishing is not making the effort to get good editors reviewing your work. I was convinced my manuscript was perfect on the first day it was submitted – it became so much better over the 18 month editing and proofing process.

Even though in hindsight I am so grateful for the editors of that first book, they still managed to frustrate the hell out of me. I think I shortened and lengthened the same sentences three or four times, and I know I moved commas out, over and back into the same places. Some of their comments were stupid and dated – but I knew enough to ignore those – albeit not without angst and bugging my publisher for permission. I think I was high maintenance!

As I look back on the experience of my first book – I would not trade the value my editors brought to the project even if I never had to move a comma. And even though my second book has not yet met with a successful editing experience, I still cannot emphasize the importance of good editors – now I just have to find some!

Donovan heads Bozell Books, a division of Bozell designed to help authors and budding authors from inception through promotion of their published work. She has authored a novel entitled: Is It Still Murder Even If She Was a Bitch? www.rldonovan.com, and the second in her Donna Leigh Mysteries series : I Didn’t Kill Her But That May Have Been Short Sighted,  is currently being published.