Crash of the Titans

Then about 11:30pm Facebook starts to crash. And it gets more and more widespread. 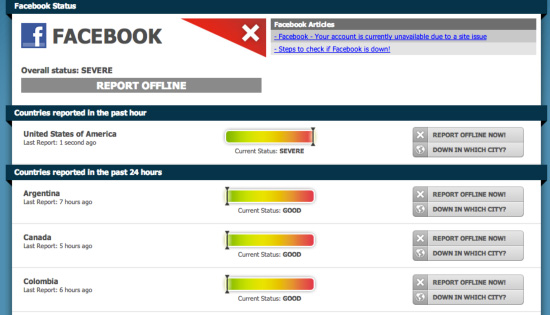 People start to get twitchy. First it’s just a few, but then in an avalanche, people take to Twitter to ask others and complain or joke about Facebook. 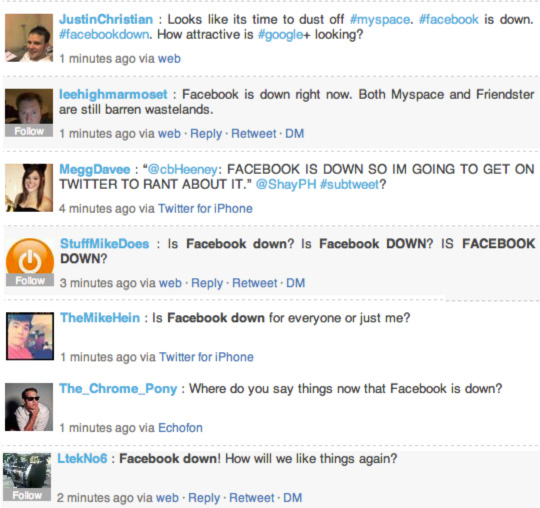 Next up Google has problems. 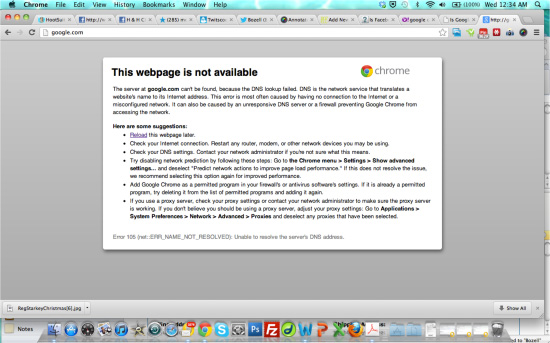 Kind of funny that both Titans had problems tonight.

Then again, it’s 1:48am on Wednesday morning and I was driven to Yahoo for searching to complete a project.