The Omaha Chamber wanted to do something fun for College World Series fans, so we created a striking ambient display that looks like a giant baseball landed on a car, smashing the top. It was placed in a high traffic, high visibility area near the stadium where there was significant pedestrian traffic as well as exposure to cars heading to the interstate entrance. It was designed to promote the city mantra in a clever, contextual way: 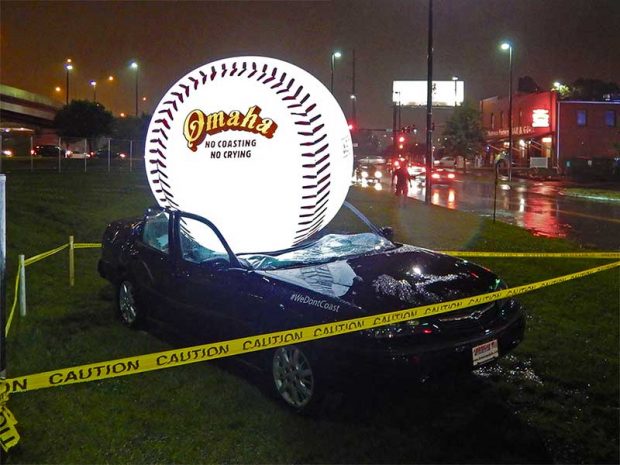 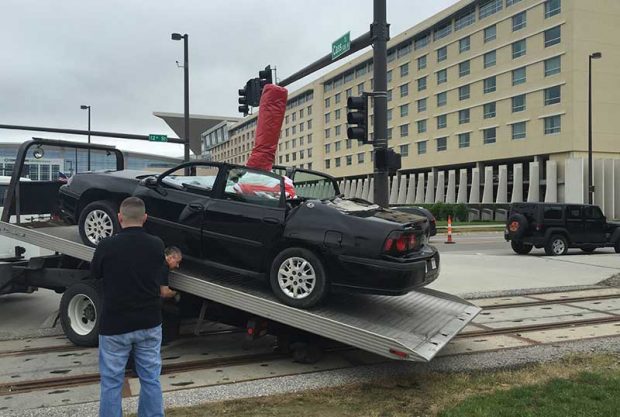 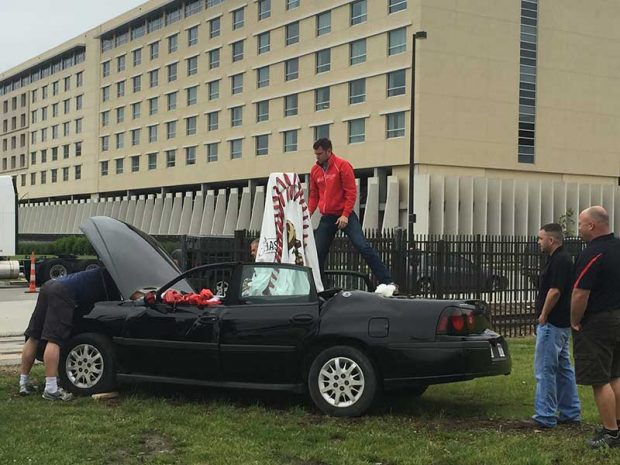 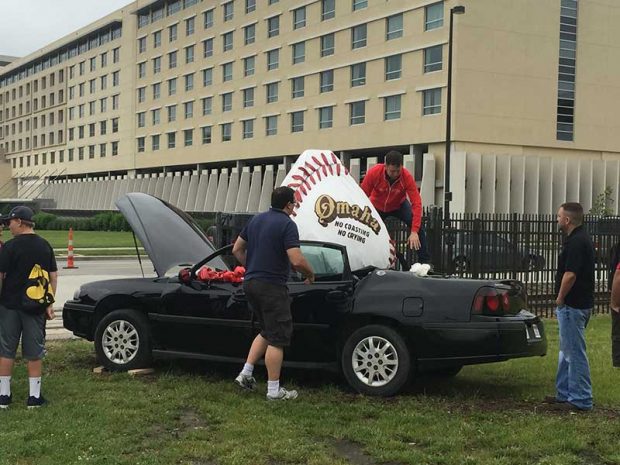 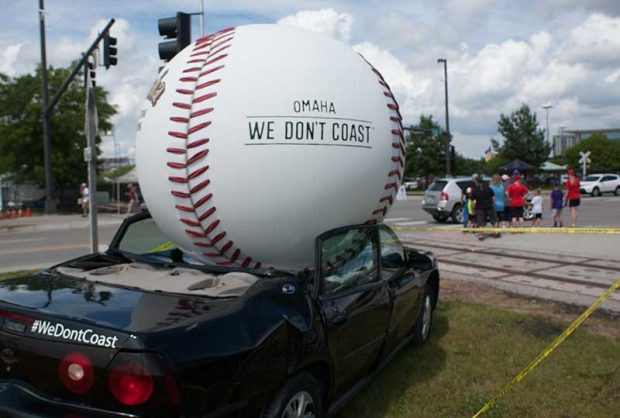 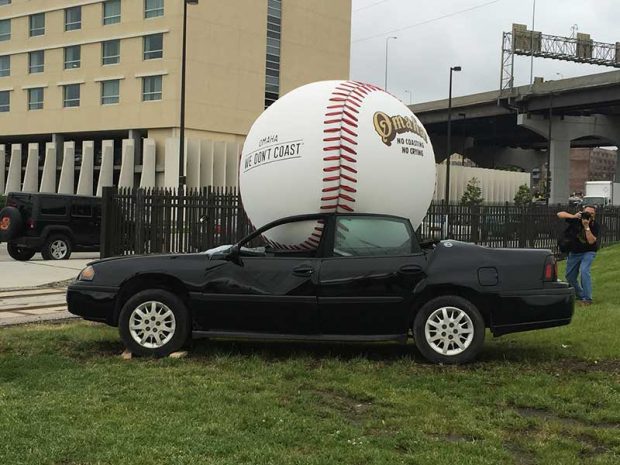 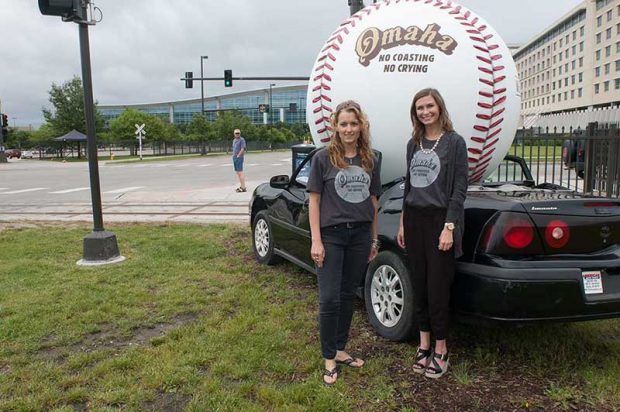 The display was perfectly positioned for fans to snap a photo or selfie. #WeDontCoast 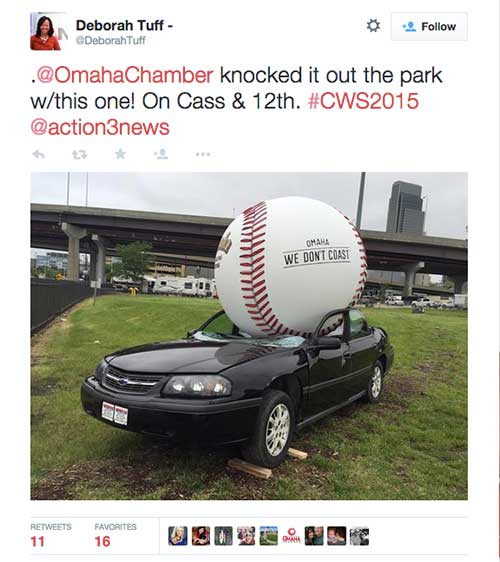 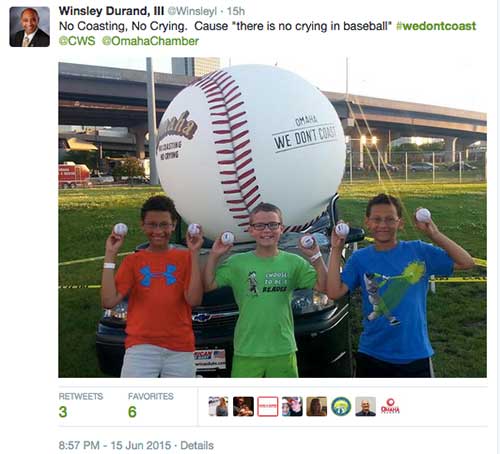 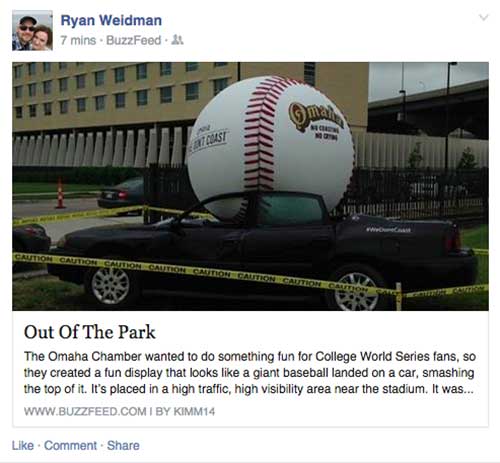 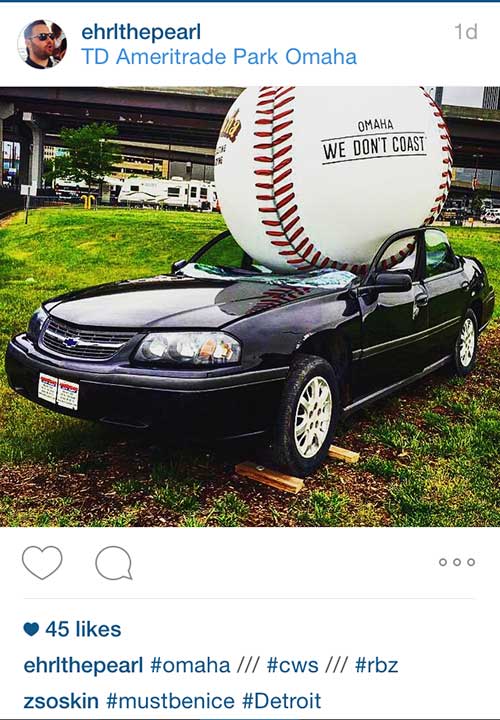 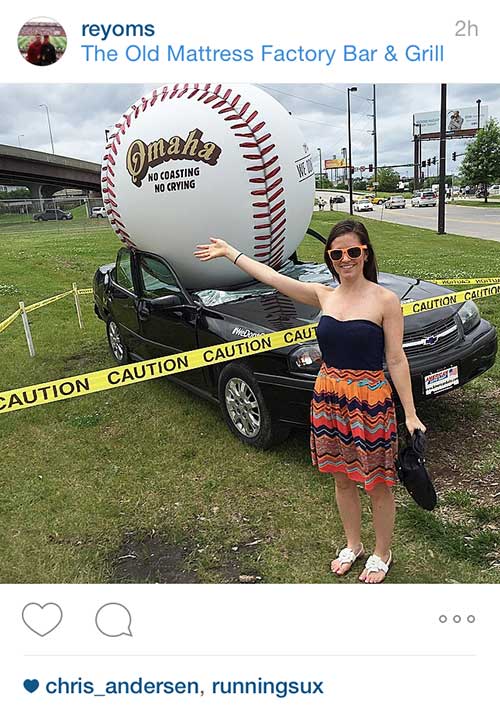 T-shirts were available at an apparel store near the stadium. 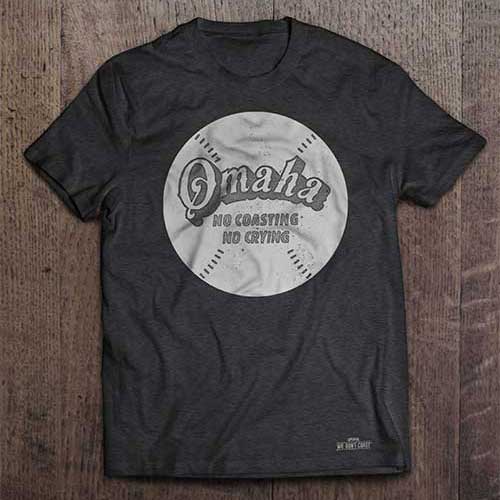 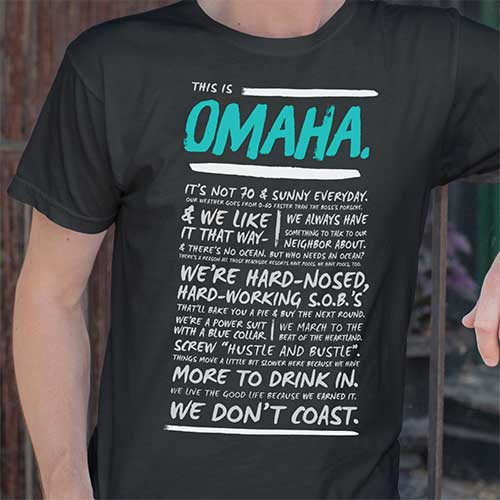