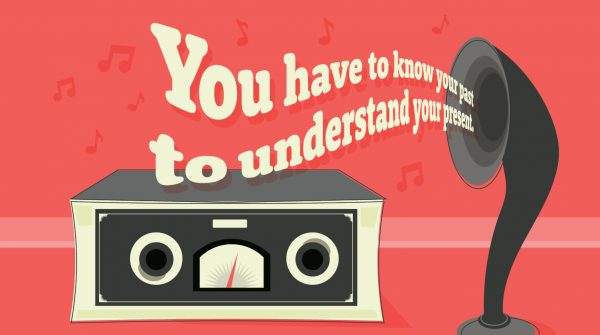 A quick look at the advertising landscape 100 years ago.

American astronomer Carl Sagan said, “You have to know your past to understand your present.” So before we dive into each individual facet of marketing, here’s a quick, broad look at how our industry has changed.

By the end of 1921, approximately one out of every 500 U.S. households had a radio receiver. According to BIA Advisory Services, over-the-air advertising is projected to rise nearly 10% in 2021 to $11.7 billion. And, thanks to smartphones and the internet, audio streaming services are more popular than ever. Spotify, for example, saw a 22% increase (365m total users) in their total monthly active users. And with only 165m signed up for premier (no ad interruptions), nearly 200m users are listening with ads.

In 1921, a 14-year-old farm boy, Philo Farnsworth, devised the image dissector, which was the basis for the first version of television. Today, TV ranks as the second most profitable advertising medium behind the internet, accounting for approximately 25% of total U.S. media ad revenue.

The Power of Women

On July 20, 1921, Congresswoman Alice Mary Robertson became the first woman to preside over the floor of U.S. House of Representatives. Today, with influencer marketing expected to grow to be worth $13.8b in 2021, 84% of influencers creating sponsored posts on Instagram worldwide are women.