Santa Claus is an Expert in Experience Design

There was always something magical and amazing about Santa’s visit at our house when we were kids. Our family would go to church and then celebrate our gift-giving and togetherness as our own family unit on Christmas Eve so that on Christmas Day we could pack into the car and make the drive to Grandparents’ and Relatives’ houses. I loved starting off the evening with church and Christmas songs and the spiritual side of Christmas. It made it all the more real, and let us all be together. I still love that tradition. Just my family on Christmas Eve, together, and sharing great food, drink, music, stories, and exchanging gifts. Of course, the fireplace being sully stoked and ready for the occasional cardboard box or wrapping paper ball is part of it. Nothing else burns quite like corrugated cardboard, as the material heats up and flames shoot gently out of the corrugated edges.

As kids, we’d anxiously await the moment when the steady stream of food tapered off and it got to the point where we just knew that it was going to be time to open presents. The temptation of seeing all those brightly colored packages wrapped up under the tree for weeks was always too much to bear, but we knew that waiting would be worth it. Plus, there was no other choice.

We’d take turns handing out presents and opening everything. We were never the everybody-rip-into-it-at-once type of family. We’d all take turns opening something. I appreciated how that made the entire experience take longer. I sure wanted to rip them all open, but it was really nice to be able to actually see one brother fake pleasure at getting socks or another actually freak out over getting the chemistry set he’d always wanted.

Santa is very special. He’s a guy that dedicates his entire life to making and delivering the special things that kids want most for Christmas. So it wasn’t until I was a little bit older that I noticed that nearly every Christmas Eve, there was one thing that inevitably wasn’t part of the family gift giving experience. One thing that I still held out hope for. One more thing that I could anticipate, and grow excited for.

Christmas morning, I was usually the first one up. I liked being the first to see whether Santa had come, and I liked having a small portion of the morning to myself. I also knew that the sooner I got up, the sooner I would have some clue as to what Santa had left for us.

Running out into the living room, the fireplace doors would be ajar, there would be soot tracked on the hearth, and the cookies for Santa and carrot for Rudolph were always nibbled on, but not always gone. Santa also would always leave a note. It was exquisitely written in handwriting that could only be Santa’s. I’d never seen it anywhere except for on Santa’s note.

Then there were the packages. And Stockings. Santa had special wrapping paper that everything he ever brought us was wrapped in. I had no idea how there could be that much wrapping paper that Santa’s gifts were wrapped in it every year, but he also has flying reindeer, so  he can pretty much make anything happen. And the stockings were so overloaded with small, fun things and candy and treats that they had been taken down from hanging under the mantle and laid on the hearth. They would nearly be bursting!

So I would survey the scene. Which ones were for me? Which ones were for my brothers? Was anyone else awake yet? How long would I have to wait? At least I’d already turned on the Christmas Tree lights. Their multi-colored glow being the only light in the room. It was really very peaceful and comforting to be the only one awake at that time, knowing that I got to have that moment to myself to feel so lucky that Santa had visited us. That I wasn’t too much of a problem kid that I still got something from Santa at the end of a year.

Then I would see it. The one package that looked like it could be the One Special Gift that I’d been hoping for. I knew that I’d need to save that one for last when we started opening Santa’s gifts. Then my brothers would get up, and Mom and Dad would roll out of bed, too. That’s when the anticipation would grow. But of course, coffee had to be made first so that Mom and Dad could settle into their chairs and brace themselves for the rest of the day. I always thought that the coffee excuse was just another part of Santa’s Plan on how to make the experience more intense.

When we started opening, this was more of the every-man-for-himself flurry of gift wrap. We’d work our way through the stockings and then onto the last couple things that Santa had left. Then I’d have to pause to consider the last package in front of me.

Was it The One? What if it wasn’t? Could I be happy enough with whatever it was that Santa wouldn’t think I was just another greedy little kid? Could I fake enough excitement that my parents wouldn’t be able to tell that I was actually let down? I mean – I surely already had enough great gifts that I shouldn’t be sad. If the inverse had been true, and I got the one thing I wanted and nothing else, then I would have been disappointed in another way. Well… there was only one way to find out. Open it.

What I know now is that Santa was a master of experience design. He had his hooks in your mind for as long as you could remember. He had songs that reminded you that you’d better be good for goodness sake. But it was more than that at our house. It was special. Everything about Santa was like a symphony. The parts all went together to build to this crescendo that left you there, with your family in the glow of the Christmas Tree on Christmas morning with the feeling that you were truly loved and that even though that elated feeling was related to having received a thing, that I still knew behind all of it, it wasn’t about the thing at all. It was about how you were supposed to feel.

And it felt good.

So this year, as I look at Christmas approaching, I am very excited for my own son’s experience with Christmas and Santa. He’s old enough now that it’s all sinking in, creating wonder and amazement. I know he already loves the tree and lights. The music. The colors and decorations. I can’t wait to see his face on Christmas Morning. I can’t wait to see him witness Santa’s exquisite handwriting. I can’t wait to sense that he feels the magic that all of these elements of the Christmas season bring. And to know that hopefully, he can experience the joy and love and amazing sense of warmth and wonder that I felt – and still feel – at Christmastime when I’m with my family, friends and loved ones.

And I’ll do everything I can to help Santa in his job of letting everyone have a wonderful experience at Christmas. I hope you have a very Merry Christmas as well. 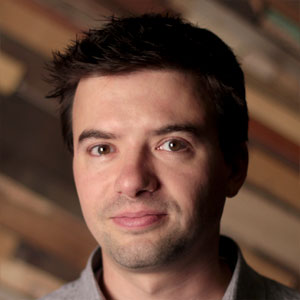