Why “changing with the times” is a dangerous brand position.

Let’s start with a few questions. Does your brand operate from deeply held convictions—the reasons behind the quality behind the product behind the profits? Do those reasons permeate your entire organization? Are they evident to your audience if they don’t read the website “about” section?

Even if you answered “yes,” you may want a closer look. Because those beliefs will either result in (1) a position of industry leadership, (2) respectably keeping the pace, or (3) eventually changing to desperately catch up. The latter can be filled with pitfalls, as it is with the newest effort from Abercrombie & Fitch.

Their 2020 #FindYourFierce campaign is all-in for body positivity and inclusiveness. They’ve even recruited Megan Rapinoe and her undeniable “cool” to give the messaging more importance. It’s a significant change from the shirtless, buff, genetic outliers that were the face of the brand as recent as 2015. But those images are still within the memory of Gen Z, A&F’s target audience.

Which is why it feels inauthentic, because they rushed from beautiful people to meaningful people. As though a fresh coat of marketing was applied to form a belief system, instead of core beliefs being the guiding force of all things brand. In a quote from Adweek, Carey Krug, SVP of Marketing at Abercrombie, said, “This evolution has been a journey for some years. A&F is different from what it meant in 1998. The world has changed, and we’ve needed to change along with it.” It’s the quote that answers all the aforementioned questions.

The most concerning part is that A&F’s audience, Gen Z, deeply cares about authenticity and brands that believe in more than profits. Only time will tell if Gen Z embraces the new brand or shrugs colds shoulders and moves on. Either way, it’s tough to see the cool kids begging for acceptance from people they once rejected.

If only Abercrombie had formed their worldview years ago. They wouldn’t have to rely on cues from other companies. Instead, they could’ve led by taking cues from the culture. Getting the chance to be the Dove of your industry only happens once.

The moral of the story is to look at your brand and dig deep. Hit the bedrock of your beliefs and reasons for being. No matter what your industry—hardware or healthcare—those beliefs will help guide decisions at every level of your company. Hopefully, A&F will find their reasons and build a foundation based on why and who they serve. Their next 127 years depend on it. 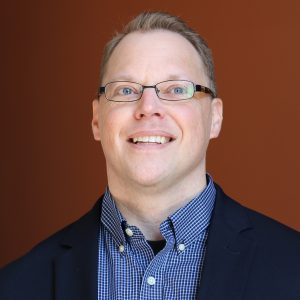