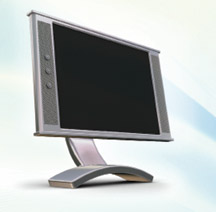 It’s time to retire that term. What is “traditional” media anyway? Technically, it’s whatever existed before the advent of the Internet and the resultant explosion of new methods for reaching your target audience. So radio, out-of-home, print, newspaper and TV (both broadcast and cable) are all lumped together under the antiquated nomenclature that has come to be associated with stagnation and delayed reactivity. But if you really think that the culture-shaping multibillion-dollar media conglomerates have built their empires based on catching up and delayed response, you are seriously mistaken.

A basic business practice illustrates why the term “traditional media” is a misnomer. Giant media corporations have always had their focus on generating the highest revenue possible — and building their business holdings to ensure even higher revenue in the future. Their ability to generate revenue is driven, largely, by consumer demand. As a result, “new” media forms get created while “traditional media” evolves to accommodate various touchpoints ensuring consumer demand is met. And revenue generation is maximized. While change has historically been described as either evolution or revolution, the changes occurring in the media landscape are a unique combination of evolution and revolution.

During Q1 2008, audience gain for consumer magazine websites was at more than three times the rate of growth for the overall U.S. Internet audience. Factor in that the average first quarter monthly reach for magazine websites grew to 43.4% of the total U.S. Internet population. Based on these statistics, you might assume that it’s time to retire the “traditional” magazine format.

Seems logical until you realize that magazine ad pages generated $25 billion dollars in revenue during calendar year 2007 (up 5% from 2006) and advertisers in some of the heaviest media categories (drugs & remedies, toiletries & cosmetics, apparel & accessories, food & food products and automotive) rely predominantly on magazine ads to deliver the lion’s share of return on their investment. Publishers constantly monitor their subscriber base and evolve content to reflect changing trends and interests. As a result, magazine advertising revenue is exceptionally strong within the core categories.

Research1 also tells us that readers flock to magazine pages for the bulk of their information on entertainment & celebrity, wearing apparel & accessories, home furnishings & management and travel & transportation, which ensures solid revenue retention — both from subscriptions and advertisers. Subscriber information also begins to paint the reader’s lifestyle picture and further enables publishers to satisfy various touchpoint demands. A recent report2 cites that women rank magazines as the number one item they want to see at a checkout counter. Thus, retailers will continue to ensure that there are print magazines available to hit that key retail touchpoint.

“Traditional” magazines are consumed at home and in waiting rooms3, but when consumers find themselves on a fact finding mission related to a particular magazine’s content, the companion website is usually the first stop — providing yet another touchpoint for the brand. The Internet gives a magazine brand a chance to interact and engage with its readers, as well as offering extended and dynamic content and providing a more audience-centric experience.

As the medium most under attack, audience fragmentation has prompted cries that the :30 spot is dead. To ensure that TV continues to be a viable medium moving forward, parent companies have diversified and are capturing a far greater percentage of the available audience along with meeting significantly more touchpoint needs.

TV programming itself has evolved to offer far more audience interactivity. Shows allow viewers to vote on everything from their favorite singer/dancer to their favorite room décor. This interactive format often utilizes a coordinating website or text messaging as a means of registering audience opinion, thus providing a more personalized and intimate role for the viewer. And the investment in programming is paying off. Recent research indicates that advertising on TV is still the strongest means of exciting and influencing audiences.4

In the not too distant future, we are looking at a television experience where everything is completely customized to each person or household’s perference and lifestyle.

By using subscriber information, iTV will turn your television into a home resource center that will combine all of the best features of targeted direct mail and a personalized library. These resources will be at your fingertips and they will filter out extraneous data that doesn’t meet your lifestyle needs.

So media is changing, through evolution and revolution. Perhaps the most accurate way of describing media today is to say that traditional media is dead and buried — so what’s left is all “new media.” And we could use that term if it weren’t already so passe.

4. In particular, the professional/technical/manager/owner group who claims that TV influences them 84.3% in comparison with the influence over them from other media (Nielsen Media Research 2008).