The Power of Sharing Sweetness

This summer, from July through September, in a food truck filled with a couple thousand pounds of honey, we conducted a sampling tour from the Midwest to the West Coast for the Sioux Honey Association Co-op.

Many consumer package goods companies travel around the country with sampling road shows because it’s a great way to engage with consumers and grow awareness for your brand. But we had a deeper objective: to share sweetness on behalf of the Co-op members, made up of nearly 300 beekeeper families aroundthe country.

Not only did we sample honey and share recipes, we paid it forward by sharing kindness at every stop. We sought out important initiatives in each community we visited and did what we could to help – just like a neighbor would. Just like the Sioux Honey beekeepers do. And we encouraged others to get involved, as well. 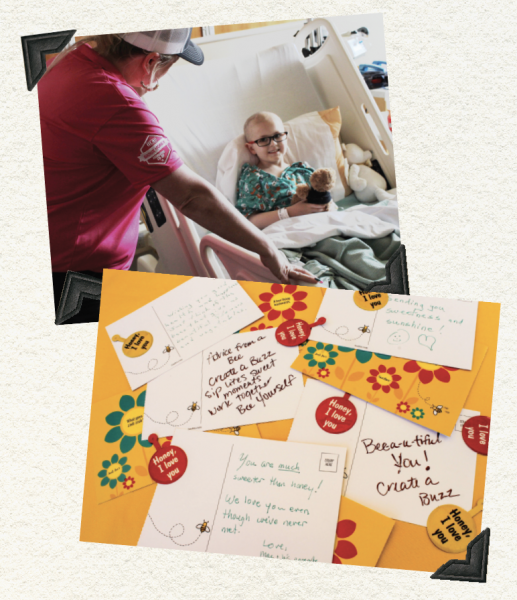 Our first stop was Denver where we connected with the Children’s Hospital of Colorado. At all our Denver area events, we encouraged people to write notes of cheer to the children. And Coloradans jumped at the chance. We collected hundreds and hundreds of cheer notes. We packaged them up with teddy bears and honey samples and delivered them to the Children’s Hospital. 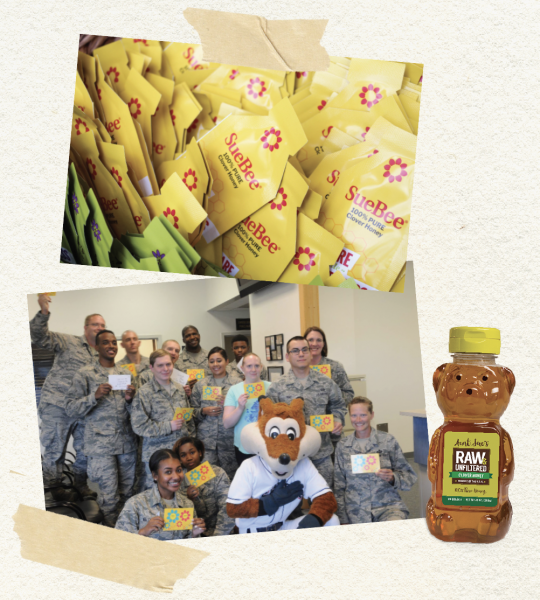 Each year, Colorado Springs is excited to welcome new recruits to the Air Force Academy. So we joined in by encouraging people to write notes at our events, then we delivered the notes and honey samples to incoming freshmen at the academy. 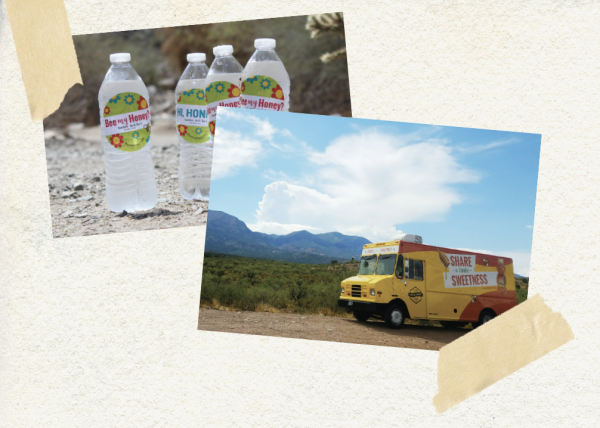 Next up was Phoenix, which was experiencing a dangerous heat wave. The Phoenix Rescue Mission was in code red and desperately needed bottled water, so we were happy to help. And we also took to the trails to hand out water to those outside. In addition, we connected with an organization that helps area teachers by collecting donated teaching materials and classroom supplies. 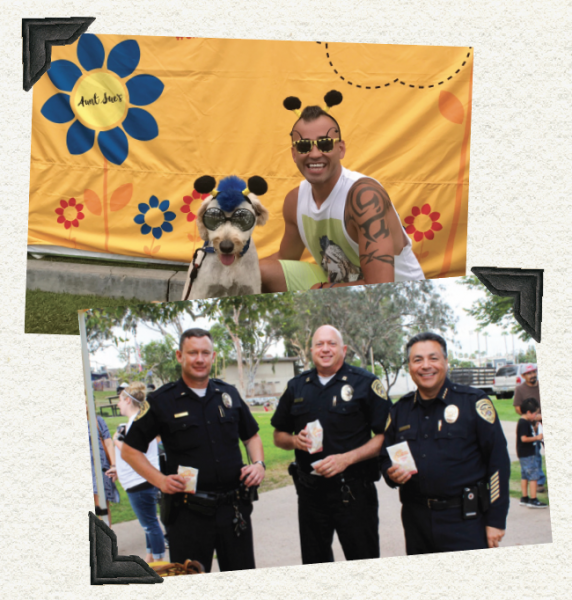 In the San Diego area, our four-legged friends were top of mind. So we partnered with Carla Butcher of Marley’s Pet Planet to make a huge batch of natural, health dog treats using Aunt Sue’s Raw & Unfiltered Honey. We donated hundreds of the healthy treats to the San Diego Humane Society and also handed a couple hundred out at the Surf Dog competition at Imperial Beach. (BTW, if you’ve never seen a dog surf, you should check it out because it’s pretty amazing.)

We also participated with the Boys & Girls Club of Greater San Diego in a drive to help collect school supplies for kids in need. In the Los Angeles area, we supplied honey popcorn and samples at a family event sponsored by First Responders called Night Out Against Crime event.

In northern California and up the West Coast, they were battling major forest fires and some of our events were canceled due to heavy smoke, but as we moved through the area we brought cheer where we could and made donations of honey and supplies to the Red Cross.

During our road trip, the folks in Texas were devastated by Hurricane Harvey and people on the West Coast wanted to help in some way, so we connected with the Texas Diaper Bank. They needed donations of diapers that they could provide to displaced families, so we worked with grocery stores on our route and conducted a diaper drive at our events. It was so heartening to see people in Spokane, WA, and other areas along the West Coast struggling with their own problems from the fires step up and donate diapers for them, as well.