How to take advantage of testing retail promotion effectiveness.

One of the more common types of testing is geo-targeting, or push messages, transmitted through a mobile application. When customers enter the geographic area being targeted, the appropriate promotional offers will appear on their mobile devices. This can be a great tactic for retail locations.

With so many fast-casual choices, potential customers are often either not aware of or have forgotten about a specific location that is nearby. This kind of testing can ensure that the prospect is cognizant of the establishment when they’re in proximity.

In addition, when geo-targeting is employed during a variety of dayparts, it can determine when the audience in that particular location is most likely to avail itself of that particular fast casual establishment and that particular offer. It can also allow you to determine which promotions will bring home the sale in greatest volume.

Recently, we were approached by Pepperjax because their entrée into the Kansas City (KC) market was significantly underperforming. Site research found some obstacles in road visibility and a higher level of fast-casual-dining competition around many of their locations. It was also determined that the Pepperjax brand had low levels of awareness in the KC market overall. We needed to boost awareness, as well as activate trial.

Before rolling out a major campaign in the KC market, we recommended a test campaign to see how much impact highly targeted offers would have on sales during both lunch and dinner, as well as identify which promotion would yield the highest ROI.

Once we identified our test store and mapped the locations of the control stores, we set up a five-mile geo-fence around the test location and began to push our test promotions out to consumers’ mobile devices. We did this during dayparts when they were making lunch and dinner decisions through mobile marketing (10 a.m. to 2 p.m. and 4 p.m. to 8 p.m.).

We set specific goals based on customer lifetime value, client history and industry averages. Ads were served to the target on social media sites, in mobile apps and on mobile websites. The ad clicked through to a mobile coupon, which could then be shown to the cashier and redeemed on a special scanner at the retail location.

We optimized the buy in real time, based on results, to maximize the levels of impressions. If the offer was not performing well at lunch, we had the ability to change it rapidly and test another offer for dinner.

The testing proved invaluable in enabling us to determine the most efficient rollout plan possible.

As pleased as all parties were with the results of our test and our ability to rollout a campaign that promised to be highly effective, we were cognizant that our results could just as easily have gone in precisely the other direction. As disappointing as that would have been, it would have enabled us to course correct and save us from spending a ton of money on a campaign that would certainly have underperformed. And that, in a nutshell, is the beauty of testing. 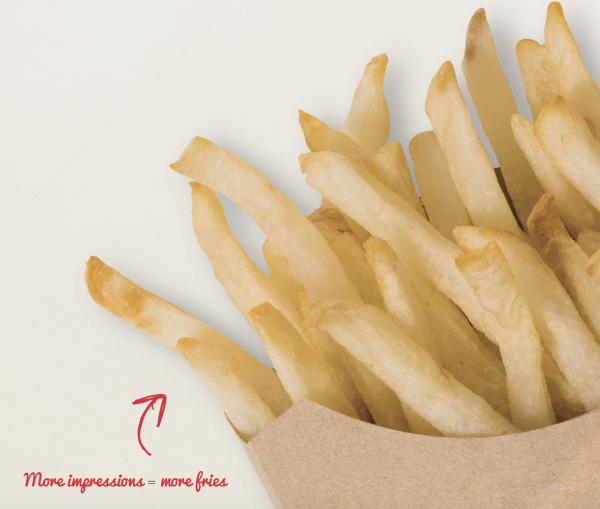