So much has changed. Yet so little is different.

But it did have everything to do with an apple. Adam and Eve had one simple rule to follow: don’t eat it. Keep your hands off that shiny red fruit and you’ll be fine. But they failed. And their human offspring have been stuck with a bad reputation ever since.

But things have changed since that day in the Garden of Eden. Who knows, if Adam and Eve were around today, they might have posted a picture of their snack on Facebook or a clip on Instagram. And even if they tried to be quiet about submitting to temptation, there’s a good chance someone would have caught the act on camera and uploaded it
to Twitter. 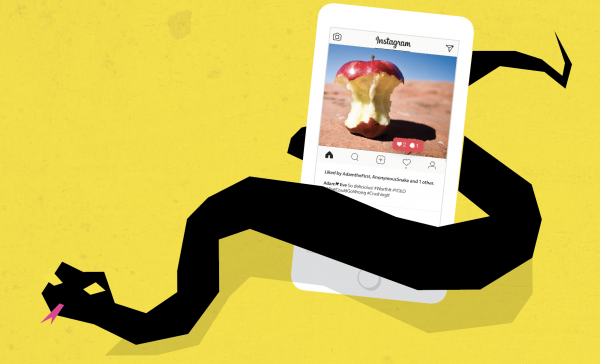 Everything has changed since that day, except the basics. People still cheat. People still steal. And people still lie. You, as a public relations professional, have to accept that.

We know one thing: an employee of some company in some corner of the world will have another unpleasant incident in the near future. Hopefully, it won’t involve a customer being dragged down an airplane aisle, but surely it won’t be something to be proud of.

But you can only control so much. Know this: whatever happens these days, you can be sure that someone will take a video of it and a lot of people will see it.

So, as PR pros, how should we handle this unknown crisis? The answer is as old as Adam and Eve’s apple core: tell the truth.

No one caught George Washington chopping down that cherry tree. But if our first president was a kid playing with a hatchet today, he wouldn’t have had to tell his dad the truth. One of his friends would have posted the whole tree-chopping incident on Instagram.

Be honest. And don’t assume you have more information than the public. Because chances are, you don’t. You only have one PR department. There are millions of cell phone cameras.

It’s as simple today as it was a thousand years ago. Acknowledge the facts. Take responsibility for your actions. And lay out what your organization will do to do better going forward.

After all, all of these high-tech cell phone cameras are held by humans. Humans who have made mistakes. So make sure those humans know your company is run by people, just like them. People who occasionally screw up. Admit it. Move on. And work to be better next time. You’re only human.