Rock On, Sales, Rock On

One of the hardest things to do during a recession, even on the incline, is to convince a company that they should advertise. It’s no surprise that one of the first things cut from the budget is marketing and advertising. But Bozell’s recent work with Varco Pruden Buildings (VP) proved that if you advertise wisely, you can spend a little and make a lot.

The Client
VP is a world leader in the pre-engineered steel construction industry. Each year, VP manufactures more than 6,000 buildings, ranging from 1,200 square feet to more than one million square feet. These buildings are assembled by a network of more than 1,000 independent Authorized VP Builders in local communities throughout the United States and Canada, as well as Central and South America, Europe and Asia.

The Challenge
The first quarter of the calendar year is typically the best time for VP to recruit new builders. The builders are gearing up for the peak season and are always looking to grow and expand. For the most successful builders, working with a trusted, service-oriented and reputable supplier is a primary key to their success. The challenge was to find “cream of the crop” builders that value a quality relationship and product, as VP is not the lowest-priced supplier in the category. 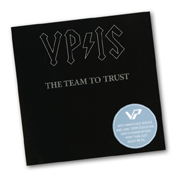 First, Bozell worked closely with VP to create the profile of what were labeled Tier I, Tier II and Tier III builders. This was based on profiling their existing Authorized VP Builders with factors such as annual sales, years in business, number of employees, market coverage, single versus multiple locations, etc.

Next, a sophisticated market share analysis was performed on every county across the United States. Using market penetration models and building statistics, Bozell identified specific counties in which VP has the best potential for market penetration and growth. From there, the Tier I, II and III profiles were layered over all builders in the identified markets in order to extract the prospect list.

The Execution
Direct mail was identified as the most effective tactic, due to demographic characteristics of the targeted builders. Based on the target audience (35- to 55-year-old men) and understanding VP’s brand positioning, Bozell came up with the “VP Rocks” concept.

This campaign tapped into the 70s rock music era that the target audience grew up listening to. The mock album covers and turntable artwork helped to set a nostalgic tone for VP – one that is relatable to the days when a handshake meant you could trust someone’s word.

Because some of the target audience is more technologically savvy than others, Bozell offered three ways for these builders to contact VP: 1) A telephone number; 2) A mail-in response card; 3) A micro-site that was accessible by either a Web address or a flash drive that auto-launched the site. A four-digit code was also provided for each recipient. This allowed their contact information to automatically populate, as well as be linked to the original database, so it could be emailed to the appropriate territory manager for immediate follow-up. 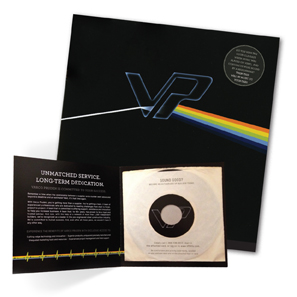 The Results
The campaign launched in early March 2012 and consisted of two waves of direct mail to the three tiers identified. To date, VP has received more than 60 replies. Based on the builder profiles, the annual revenue generated per builder is projected to be between $750,000 and $1 million. This puts the potential incremental revenue for this recruiting effort currently in the range of $45-60 million annually.

For a relatively modest budget, Bozell helped VP maximize the ROI for this initiative through both smart, strategic thinking and attention-grabbing executions. All of which aligned perfectly with the VP brand as a trusted sage and innovative leader in the industry.