We have been called lazy, greedy and over-coddled. We have been labeled fickle, self-focused and transient. And while it’s true that we will jump jobs more than any other generation, we will transform every work environment we visit.

We are the Millenials, the Echo Boomers, the Nexters or Generation Y. In the United States alone, we represent almost 80 million people and the second largest age demographic in the workplace after retiring baby boomers.

Our personalities are as varied as those of any previous generation, but we do have a few common traits and experiences shaping our attitudes. 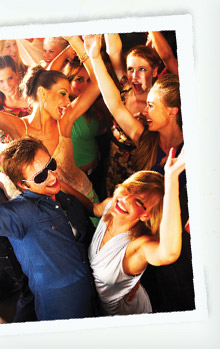 We are the first generation to be plugged in from birth. For most of us, Web crawling is as comfortable as home. Many of us grew up with digital cameras, high-speed Internet connections, cell phones and iPods. As a result, our uptake time with technology is pretty fast. We tend to accept new technology and spread it faster than the older generations.

We are the first generation to voluntarily publicize our lives.

We are comfortable giving away personal information, photos and video of ourselves to the world. From dancing on YouTube to dating on MySpace, we are the generation that lives in the ether. The once-desired goal of privacy has been transferred to the attainable goal of anonymity.

Our tech-influenced upbringing has also contributed to our ability to multitask. It is not uncommon for many of us to listen to music, work online and watch television at the same time. We are at home with challenging deadlines and fast-paced environments. We can juggle many projects at once. So, when you see the young Gen Y-er at your office with an iPod on at his/her desk, that doesn’t mean he/she isn’t working or being disrespectful. In fact, it probably means that he or she is concentrating.

This is an importan 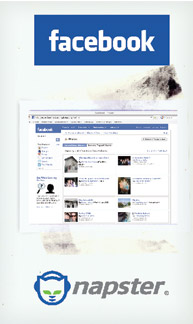 t trend for marketers to keep in mind. As we are getting busier and multitasking increases, the less we are willing to acknowledge messages not catered to us. Millenials are also interested in creating media that cater to their attitudes. For example, Facebook creator Mark Zuckerberg and Napster creator Shawn Fanning are both millenials. One might have been looking for a more interactive way to keep up with his friends and one might have wanted an easier way to share music, but both new mediums prospered by relying on their users to create and share content. They turned their audience into stakeholders.

We are a generation that has never known life without AIDS. We have grown up with recession, corporate scandal (Enron), global warming, rising health and education costs and half a decade of an unpopular war. We know not to count on Social Security or the company’s 401(k). We are a nation of young skeptics. And an over-saturation of media channels and product messages has probably done little to ease that skepticism.

What that means to everyone else (marketers:listen up) is that we are not going to trust traditional advertising and corporate messaging. We want honesty and real conversation with real people. We want to be content creators and brand shapers. We will work to escape advertising that doesn’t include us. Can anyone say TiVo? If we dislike what a company is doing, then we will blog about it and let others know. There are more than 110 million blogs, so we have a strong community in which to voice our concerns.

This skepticism and truthfulness can also work to your company’s advantage. Involve us. Let us create videos for your online video channel or contest. Invite us to contribute to your company’s blog. Let us have a say in designing your new look. We can be your brand ambassadors and spread the word of your honesty and good deeds to others. Include us in your world and we will do the same.

Like any other generation, we want to have a say in our own future. The difference is that we may just have the tools to demand our “say” at a young age.