Hide your kids, hide your wife.

Anytime I hear someone talk about the current economic situation, I feel like heeding the advice of Antoine Dodson to “Hide your kids, hide your wife!” It’s as if we should all hide under a rock until the economy gets better. With national unemployment at more than nine percent, and one in four homeowners owing more in mortgage than the current value of his or her home, it’s no surprise people are afraid. Fear has certainly translated into fewer and smaller purchases. Even mainstays of Americana, like The Gap, are feeling the buying shift and starting to close stores. Has our economy finally hit the bottom and, if so, what’s next? How can brands succeed during and after the economic bust? What post-bust will look like, no one really knows. Some are still arguing whether or not the bust has even fully hit. But sociology and history can give us some insights.

During the Great Depression, people learned to be frugal and trust a small group of brands. They saved every penny, because they didn’t always know when more money would be available. They also still talk about the brands that “lasted” and were “high quality,” even if those brands have become less reliable over time.

Nowadays, we’ve grown up without needing the same economic survival skills. We’ve been socialized to buy things as needed or wanted, also known as “keeping up with the Joneses.” It’s only very recently that we need to think through purchases differently. But, despite the current economic situation, our socialization encourages people to continue buying new and shiny things, regardless of a lack of funds. So, rather than shelving the idea of purchasing altogether, like during the Great Depression, our population chooses to merely buy an inferior product or postpone the purchase. Question is, while neither of these solutions is necessarily a problem, what does this mean for your business? 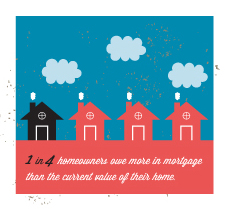 At some point, postponed purchases will turn into actual purchases, but what will spending habits look like? Based on sociology and history, what will most likely happen is people will take what they have recently learned about spending and continue to practice living with less. For example, think about children who have watched their parents struggle with mortgage payments and/or foreclosure. They will probably be the most hesitant to buy a home as an adult. And other purchases will probably take greater consideration. Researchers at the University of Pennsylvania suggest that we will spend where we feel we will get the biggest emotional boost, like a child’s fifth birthday party rather than a new iPhone.

If we’ve learned anything from this economic crisis, it’s that history repeats itself. So, if in the 1930s people trusted a few brands that worked hard to help them during the Great Depression, maybe that is where we can find opportunity today. Brands and campaigns that are focused more on empathy and helping customers, rather than increasing sales, leave a positive impression on people and, therefore, have a better chance at success in the future. A great example is Dunkin’ Donuts. While Starbucks is closing locations, Dunkin’ Donuts is opening doors and encouraging customers with its “You Kin’ Do It” campaign, which speaks directly to “those who keep America running.”

Smart brands are aware of how impressions and opinions are passed through generations, and they are trying to connect in ways that help people and themselves, especially during difficult economic times. Now is the opportunity to eschew hiding under rocks and, instead, become one of the brands remembered for helping people succeed into the future.