The four fundamental rules of advertising – then and now.

AMC’s “Mad Men” has come to a close, but our fasciation with the era – known as the Creative Revolution in advertising – remains.

As a fan of the show, it’s easy to marvel at how antiquated some of the ideas and practices seem. Women in power were a novelty in the Mad Men era; today, I work for a 100% woman-owned agency. The show’s Sterling Cooper and other ad agencies earned their incomes from 15% media commissions; today, most of our clients are fee-based, or, in a few progressive cases, performance-based. Don Draper dismisses research; today’s creative professionals relish it.

But when you step back, the fundamentals of advertising haven’t really changed at all.

In this current advertising era, there seems to be a mad rush to get to the new and dismiss the old. We’re always trying to chase the bright, shiny new object. And because of that, we tend to lose sight on the cornerstone of what makes this industry work. So here are four basic fundamentals of advertising that worked in the past and you should still follow today. 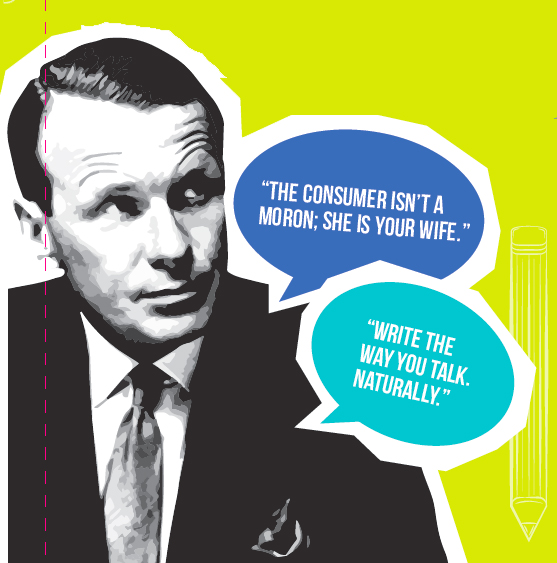 When it comes to this fundamental, I say look to the patron of advertising for guidance: David Ogilvy. There are two Ogilvy rules of thumb you should always remember. The first is to give your audience the credit they deserve. Ogilvy says, “The consumer isn’t a moron; she is your wife.” A little sexist sounding now, admittedly, but the sentiment is still there. To be successful in this industry, respecting the consumer’s intelligence is a must. The second rule of thumb is to do your homework. Ogilvy believed that “if you don’t know who you’re writing for, you’ll just be faking it, and that will lead to more problems than you can imagine.” So get to know your audience – understand how they think and what they need.

Speak the truth.
The sad truth is, people don’t trust advertising anymore. In 1912, the founders of McCann Erickson started their agency on the motto “Truth Well Told” – a credo that, if applied appropriately, can still lead to some of the most effective advertising. Take Bill Bernbach’s iconic “Think Small” campaign for example, where Volkswagen took a seemingly negative product (a “small” vehicle) and paralleled it to positives (“small insurance” and a “small repair bill” and so on). Or the Avis “We Try Harder” campaign, where they took the simple truth of being ranked second in the industry and turned that into a reason 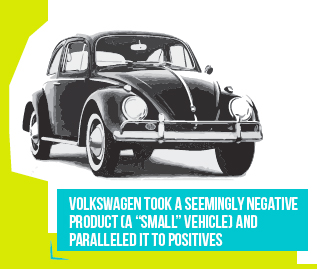 (or rather, a vow) to try harder for the consumer. Both were successfully truthful campaigns, and both are approaches that can still work today. Remember, it’s okay to have a little humility and self-deprecation. It’s disarming. So, rather than trying to fabricate something, highlight the truths and relate those to the audience and their needs/desires.

Make things connect.
Don’t yell at people. And don’t talk over people’s heads. I turn to Ogilvy’s advice yet again: “Write the way you talk. Naturally.” Let me give you an example. Imagine walking into a car dealership and the dealer says to you in a slow, commanding voice, “Speed. Power. Performance. That’s what you’re looking for in an experience.” You’d think he was nuts. Because that’s not how people talk. The same goes for your advertising. Talk to them directly. And remember the first two fundamental rules while you’re at it: connect with them on a level that includes respect and honesty.

Be relevant.
At its core, advertising is about gaining attention and interest of an otherwise disinterested audience. How many times have you heard people say, “Nobody reads ads”? Well Howard Gossage, an advertising icon during the “Mad Men” era, said it best, “People read what interests them, and sometimes that’s an ad.” If what you’re putting out there is relevant to someone, they’ll pay attention. It’s just that simple. But that’s why it’s so important to make someone curious enough to stay engaged – and why knowing your audience’s needs and wants from the get-go will help you tremendously in the long run.

Just because it may have seemed groundbreaking in the past and old hat now, doesn’t mean the basic fundamentals of advertising should be forgotten. There’s so much gold there that we’re dismissing.  It’s still relevant today. In fact, it’s pertinent. So take it from the greats and get back to the basics.