Is the Urban Meyer Incident Descriptive of a State of Declining Organizational Culture?

As a football and athletics fan, I understand the reason why the Ohio State University Aug. 22 news conference suspending Urban Meyer was scripted in this manner.

However, as an accredited public relations practitioner, it reminds me of the toxic organizational cultures that recently wreaked havoc on Penn State University and Michigan State University.

The No. 1 rule of crisis communications is to communicate – immediately and frequently in a trustworthy, transparent and effective manner. This news conference had no credibility to me, and most likely many of OSU’s stakeholders.

Several of the statements, including President Drake’s indirect response to a media question that OSU athletics is a large, complicated enterprise, told the public that OSU is making excuses and trying to cover the university’s hind parts.

The apology was an “I’m sorry we got caught.” A statement about moving forward and learning from the incident, mere words. It left little confidence in a specific plan to truly move forward. Maybe OSU should look at how that strategy worked for the other STATE universities.

It’s sad that OSU thinks its key stakeholders are falling for this nonsense. When in reality, it is showing a significant number of alumni, academics, donors, students and THE entire state of Ohio have questions and doubts about THEIR public university.

One would think a university of this quality would at least look within in its own walls for the right answers and right stuff. After all, OSU has a public affairs college named after John Glenn, the late astronaut and former U.S. Senator known for his integrity.

However, the news conference meted out some punishment to appease the media. For now, Ohio State football is safe for this season, and the sport will remain king at the university.

But let’s hope university leaders listen to their stakeholders, who are publicly blistering the university. And let’s hope THE Ohio State University begins a strategic communication effort to return credibility, transparency and the actions that earned them a No. 1 in all things greater than football. 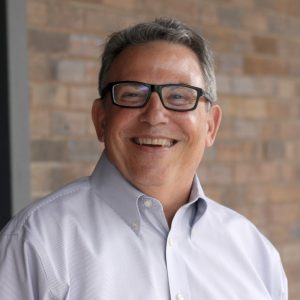