Disruption Award of the Month goes to Amazon. Is SWIT©H next?

If you could anticipate the source of the next major disruptor, who would you guess? Apple? Tesla? Blue Apron? Maybe a surprise move from stalwarts like Xerox, Procter & Gamble or Disney. Could be SWIT©H, possibly.

Is it ironic that in idly searching Google for “Amazon disruption”, the first listing to appear to me today is this book: The Disruption Dilemma? Of course, the listing appeared on Amazon.

The description provided for the book opens with: “Disruption” is a business buzzword that has gotten out of control.” Geesh. It’s food we’re talking about here. Let’s hope it’s under control!

In a deal that creates new frontiers for our imagination, Amazon lives up to every descriptive definition its name has to offer. Take your pick:

From the front lines of retailing and through the supply chain feeding it, (government-permitting) this acquisition will be, if nothing else, fascinating to observe in its process.

As a brand, Amazon connotes ubiquity. Everything. Everywhere. Available to all. Even on Sundays, by way of USPS trucks. (Speaking of disruption, am I the only one still doing a double take when I see a mail truck on our street on SUNDAYS?!)

And, lower prices. Not necessarily discounted, but lower, on top quality products, by way of massive efficiency and economies of scale.

And then the brand, Whole Foods. Specifically all natural. Mostly organic. Serving a market very narrowly defined demographically, as well as pychographically, in comparison, as depicted by an InfoScout analysis in 2015.

And pricey! In a nation that spends on average just 6.4% of its average household income on food, even the higher prices at Whole Foods probably really doesn’t deserve the poke, “Whole Paycheck”.

While the brand positions and promises of Amazon and Whole Foods seem to have little in overlapping area, it’s not difficult to see the vast array of opportunities this acquisition presents for Amazon. It’s a little bit like quantum physics: which opportunity/opportunities will they focus on? Which will appear in reality? And, which will bring the most benefit to suppliers and consumers, as well as to Amazon?

One thing seems certain. The industry can sit by and watch. Or, it can
strategize ways to benefit in this big disruptive wave as well.

Oh, you must be asking: what’s SWIT©H? Honestly, it hasn’t been introduced yet. But, chances are it will be.

Also, honestly, I don’t know what it is. But, when we see it, we will know it, and it will be disruptive!

Its name tells us so. 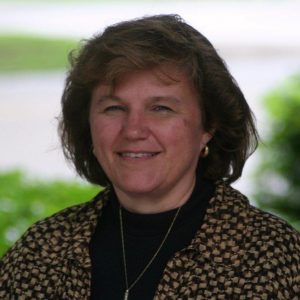