Real quick, Google “Wendy’s Social Media Strategy.” Hell, you may have already done this before. Their performance on Twitter is the stuff of advertising legend. #nuggsforcarter is a national movement. You can take marketing classes that chronologically break down and dissect their social media methods. Their snark is served up fresher, hotter and faster than their square-shaped burgers. Their brand is crystal clear. Fearless, relevant, engaged and fast. That’s their brand, right? Or is it?

Remember Dave Thomas? I do. He was the founder of Wendy’s. He was also a cultural mainstay as the public spokesman for the restaurant chain in all of their television ads. Clocking in more than 800 broadcast spots between 1989 to his death in 2002, there’s a better than good chance that if you were alive then—you remember him. He represented the brand and it was freaking simple. “Old fashioned hamburgers” served up with plucky charm. With a nuclear level of sincerity, he named the place after his actual, for-real daughter. He was honest, frugal and had a big generous smile that didn’t acquiesce to mean-spirited sarcasm. Think Mr. Rogers, but a tad more self-effacing. There was a cultural worry that when Dave died, the brand would die. Irony would grab hold of the honest and simple fast-food joint and they would swan dive into the obnoxiously loud and garish brand tidal wave of McBurgerKing melee. We liked Dave’s ah-shucks, gee-whiz, shouldn’t-burgers-just-taste-good, brand of simplicity. And that was surely their brand, right? Or was it?

Something happened on Twitter in April of 2017. A person tweeted at Wendy’s and Wendy’s tweeted back. You know the story. Carter Wilkerson asked the untouchable brand behemoth what it would take for him to get free chicken nuggets for a year and instead of ignoring him, correcting his silliness, or even making a politically correct joke about it—they answered him. This is a nuanced exchange, make no mistake. A kid boldly asked for a big freebie. He was garish with his request because the cultural assumption is that he was shouting into an empty chasm. But they did hear him. And Wendy’s said, 18 million likes and a lifetime of free nuggets are yours. Which meets him with the same level of boldness. This is how people talk. This is how real-life exchanges go. It was almost banter. This is NOT how a brand behaves.

When I was little, I noticed that who I was in front of my grandmother was a very different person than who I was when I was around my buddies. And, for a hot minute, I was nervous that one of those versions of me was a lie. Curated. Pretending. Around grandma, I used my inside voice. I addressed her with love and tenderness. I gave her hugs and agreed with her vanilla witticisms. Around my buddies, I burped the alphabet.

If Dave Thomas was alive, and if Carter Wilkerson came up to him and playfully asked for something garish, it is not outside the realm of possibility that Dave would meet him at eye level and say, “order up, kid.” Now, the commercials of yore with Dave golly-gee-ing his way into our nerf-protected heart-spaces said something about sincerity. The expression wasn’t the brand alone, but it was holding hands with a deeper brand truth. When the social team developed the #nuggsforcarter response, they were tapping into the exact same brand sentiment. The expression was a campaign. An articulation of the brand truth. But the core brand truth of Wendy’s isn’t just fearless, relevant, engaged or even fast. It’s not only old-fashioned served with plucky charm, either. Those are ways to express their core brand truth. They are brand expressions even though they seem polaric.

Wendy’s brand truth is like all brand truths. It’s poetically simple. It feels universal and not at all unique. Their core brand truth is “honest.” And there are a gazillion ways to express that. (There are even more ways to get that wrong, btw). Knowing your brand truth means you can play jazz with it. You can be nimble. You can be fearless or old fashioned and neither are a lie. Because a company brand is just like the brand of a person. If you understand who you are, you can improvise better. You can be thoughtful and deliberate with how you present yourself to the world. Whether you want to burp the alphabet or discuss things with an unnecessary whisper.

Everything you do is branding. Everything people think about you is branding. Everything that is said and isn’t said about you—is branding. Interbrand puts it concisely as, “A brand is the sum of expressions by which an entity intends to be recognized.” Being deliberate about how your brand is expressed is the cornerstone of clarity and it’s how you move the needle on people’s impression of who you are. This is why branding efforts are worth so much money. Because when you are honestly your brand—you are flexible, effective and memorable. Being deliberate with the expression of your core truth will lead to a hellofa strategy and probably a campaign that puts contrails out that people can’t help but be mesmerized by. And before you know it, people will start Googling your social media strategy and wondering how you did it. 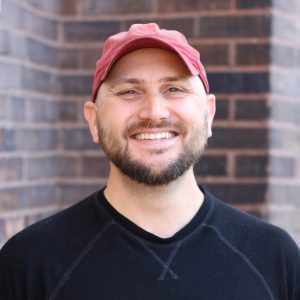