Sports have been a part of my entire life. I’m fairly certain I was shooting hoops before I could walk. I often played a pickup game of Wiffle Ball every day after school with neighborhood friends. I carried that love of sports and transformed it into running as an adult.

But growing up, I don’t remember watching any women’s sports. All of my sports heroes were men: George Brett, Ozzie Smith, Michael Jordan – they were the ones I really saw on television, on posters to hang up in your bedroom or in advertising wearing the latest Nikes everyone wanted.

Then things started to change with the domination of the Williams sisters in tennis, the UCONN women’s basketball team’s remarkable winning streak and, most recently, the U.S. women’s soccer team’s domination in the World Cup. Sports fans are finally starting to follow women’s sports more consistently. The World Cup tournament play of the 2019 U.S. women’s soccer team pushed that enthusiasm over the edge. Their brilliance on the field and their fan-following off the field (check their Instagram following: @mrapinoe, @alikrieger) demanded the attention of everyone in the world.

During tournament play, you’d see Twitter users who knew zero – I mean zero – about soccer live-tweeting about Rapinoe’s goals and bow. The world was watching and talking – engagement was high. This popularity allowed the women’s soccer team to have a public conversation about the disparity of equal pay between male and female athletes. Inside the stadium, you heard chants of “EQUAL PAY! EQUAL PAY!” after the championship game. These athletes had a voice and, now, we were all listening.

The rise of female voices in sports and their influence in conversations happening on social media should make brands sit up and take notice. More and more consumers want brands to be involved in social issues, like gender inequality, instead of just selling products to them. We are more likely to listen to and remember brands that align with movements we are emotionally invested in. Which in turn, makes us more likely to engage and influence others. Two-thirds of people on Twitter influence the purchases of their friends and family. Two-thirds. That’s a pretty decent reach for word-of-mouth marketing. (Source) Keep in mind this type of engagement and influence spreads beyond #WomenInSports. When you as a company get involved in a movement, you are saying you stand together with those affected. You become more than a company or a product, you become a part of the story. And, a good story gets retold a million times over. 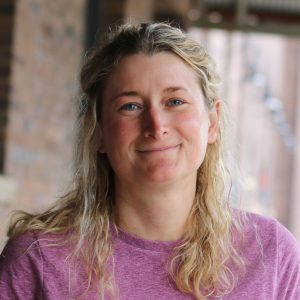