Lauritzen Gardens, a 100-acre botanical garden, is an urban oasis of beauty and tranquility. With an average of 162,000 visitors per year, Lauritzen Gardens serves as a major environmental resource to the Omaha area.

The annual Antique & Garden Show is the largest fundraising event for the Garden. For the 2009 event, their objectives were to increase awareness of Lauritzen Gardens, drive ticket sales to the preview party, speaker events, and luncheons and increase antique purchases and general admission ticket sales.

Bozell has partnered with the Garden since the inception of this event, six years ago. Every year, we incorporate Spring into our creative marketing. Created in Florence, Italy, Spring is one of four antique statues that depict each season. Spring represents both the garden and antique aspects of the event. The 2009 color palette incorporated natural earth tones to reinforce the fall season, while the ornamental flourish adds life and energy. Pieces produced included the letterhead, save-the-date, invitation, event program and the print campaign. We chose to target two main audiences. The first included working women, ages 35+ that do not normally collect antiques but embrace culture, enjoy their homes and wish to be engaged in their community. The other target audience included former attendees. In addition to the event’s 30 antique dealers from across the country and the U.K., speakers were chosen that would increase the number of attendees from these target audiences. The speakers included Susan Jacques, Borsheims President and CEO; Charles Faudree, a well-known interior designer and author of “Charles Faudree Interiors;” and P. Allen Smith, a gardening expert, TV host, and author of “How to Get More From Your Garden Than a Backache.”

The Antique & Garden Show drew almost 5,000 attendees. While that number is not considerably larger than the year before, it is indicative of an important milestone the Garden has begun to meet: they have known that the continued success of this event lies with the ability to draw antique-lovers and enthusiasts from around the region to support the show and the exhibitors. 2009 was the first year this occurred in an significant way, drawing visitors from Des Moines, Kansas City, Sioux Falls, Lincoln, and even a few from Denver. The materials we prepared were the tools used to entice this regional audience.  Because of this success the Garden anticipates a major push in marketing this year to those regions as well as to their core constituency. 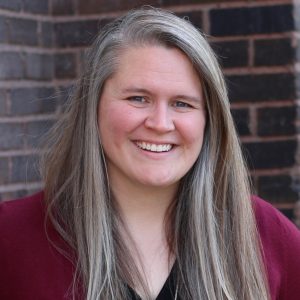